The high material consumption per capita in Iceland comes primarily from greater use of non-metallic minerals in housing and road and infrastructure construction in Iceland than in other countries. High material use in Finland is primarily due to metal ore and other mining operations while Estonia extracts a considerable mass of fossil energy materials from its environment.

The mass difference between import and export in Iceland was 2,984 kilotonnes, approximately one quarter of the total DMC. The mass of imports was 11.3% less in 2019 (5.262 kilotonnes) than in 2018 (5,935 kilotonnes). Imports were reduced in all material categories, but the greatest reduction was in import of fossil energy materials (from 1,814 kilotonnes to 1,429 kilotonnes) and in materials other than metals (from 862 kilotonnes to 724 kilotonnes). 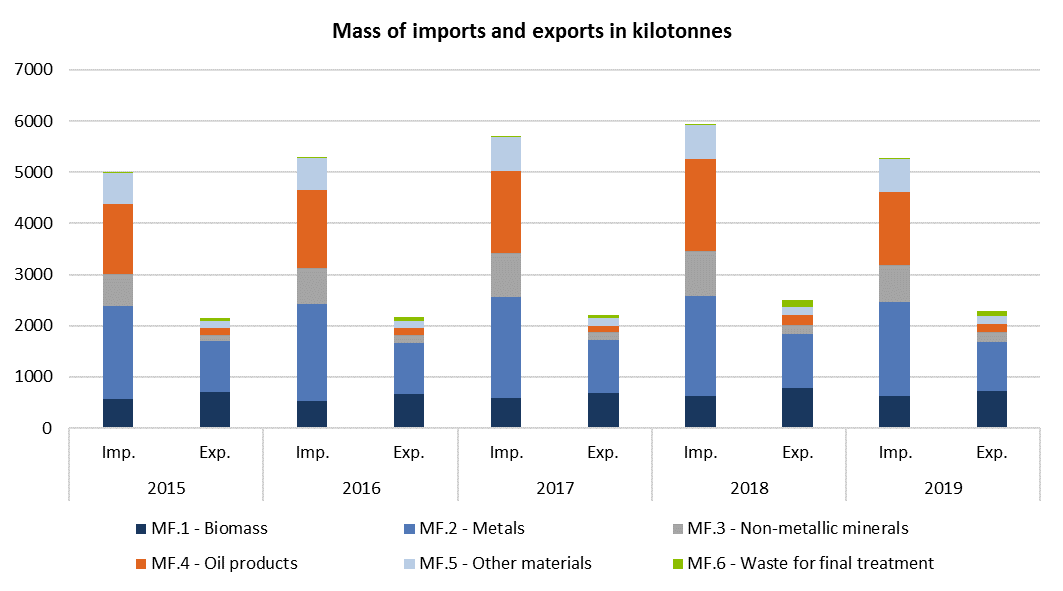 Data from the economy-wide material flow accounts have been updated. Further information about the content of these accounts can be found in the Eurostat metadata system

Go back
Use of this press release is free. Please quote the source.
For further information please contact umhverfi@statice.is, tel. +354 528 1278