A trade deficit of ISK 18,600 million in July 2019, according to preliminary figures

In July 2019 the value of exported goods was ISK 1,100 million higher than in July 2018 or 2.2% at current exchange rate. The increase was mainly due to exports of marine products.

The value of imported goods in July 2019 was ISK 1,200 million higher than in July 2018 or 1.8% at current exchange rate, mainly due to an increase in capital goods (except for transport). However, imports of fuels decreased.

It should be borne in mind that these are preliminary figures and might change due to regular revision. 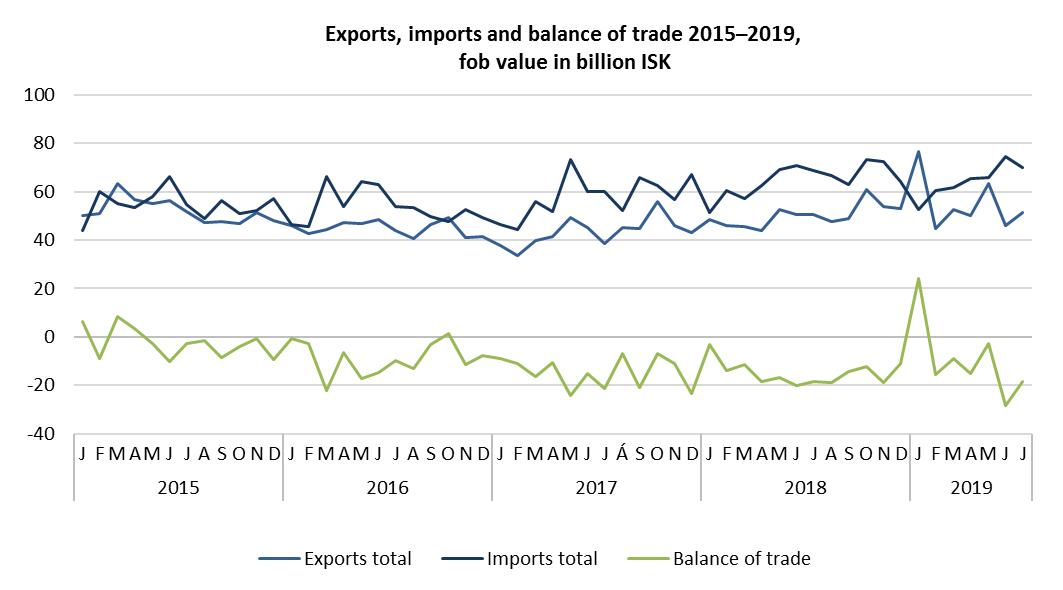 Go back
Use of this press release is free. Please quote the source.
For further information please contact externaltrade@statice.is, tel. +354 528 1151