Use of health care services related to income

People least likely to afford mental health care
In 2015 around 60% of people reported need for medical care, dental care or prescription medicine. Some 19% of people who needed dental care could not afford it, 9.5% refused themselves prescription medicine and 8% medical care. Only 22% reported a need for mental health care and a third of these were not able to afford it. 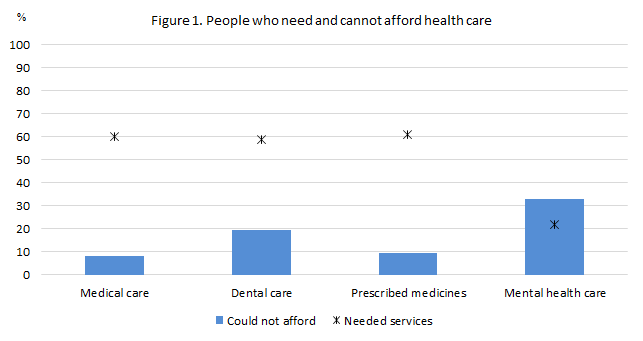 Women more likely than men to refuse themselves healthcare services due to costs
Women were more likely than men to need health care services, and also more likely to go without it due to costs. 38% of women in need of mental health care denied themselves such services compared with 25% of men. Some 22% of women and 17% of men who needed dental care were unable to afford it. Around 11% of women denied themselves prescription medicine on account of costs. The same holds for 5% of men. Just below 10% of women and 6% of men were unable to afford medical care. 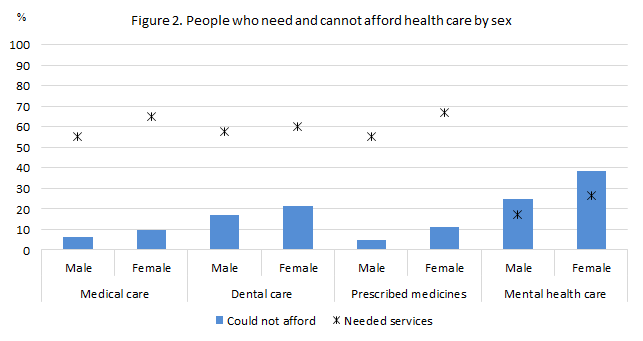 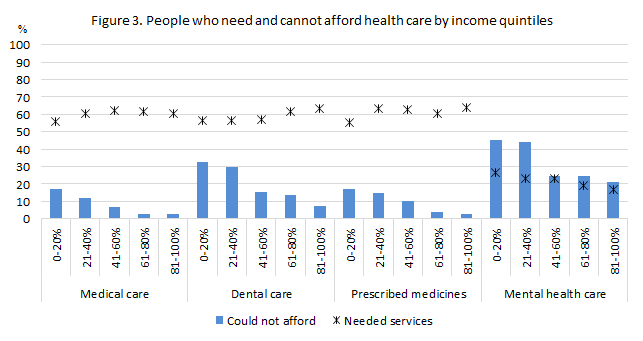 Note regarding interpretation
The proportion denying themselves health care is estimated relative to those reporting a need for such services.

Go back
Use of this press release is free. Please quote the source.
For further information please contact Kolbeinn.Stefansson@statice.is, tel. +354 528 1286