The activity rate has never been lower

The coronavirus pandemic (Covid-19) had a noticeable effect on the Icelandic labour market for most of the year 2020. One of its manifestations was the lowest average yearly employment rate of 16-74 year olds since the beginning of the Icelandic Labour Force Survey in 1991. The employment rate in 2020 was 79.6%, which is the first time the rate is below 80%. The activity rate is the proportion of the sum of employed and unemployed divided by the population.

The proportion of employed people was 75.3% in 2020, the lowest since 2011. The average unemployment was 5.5% in 2020, which is somewhat lower than registered unemployment figures from the Directorate of Labour. One reason for this is that more individuals than before are inactive, i.e. do not have a job, are not looking for work and/or are not ready to start work within a certain time. However, individuals in this situation are still out of work and might define themselves as unemployed. Never before have as many been inactive as in 2020, or about 53,000 persons, which is 20.4% of the population aged 16 to 74 years. 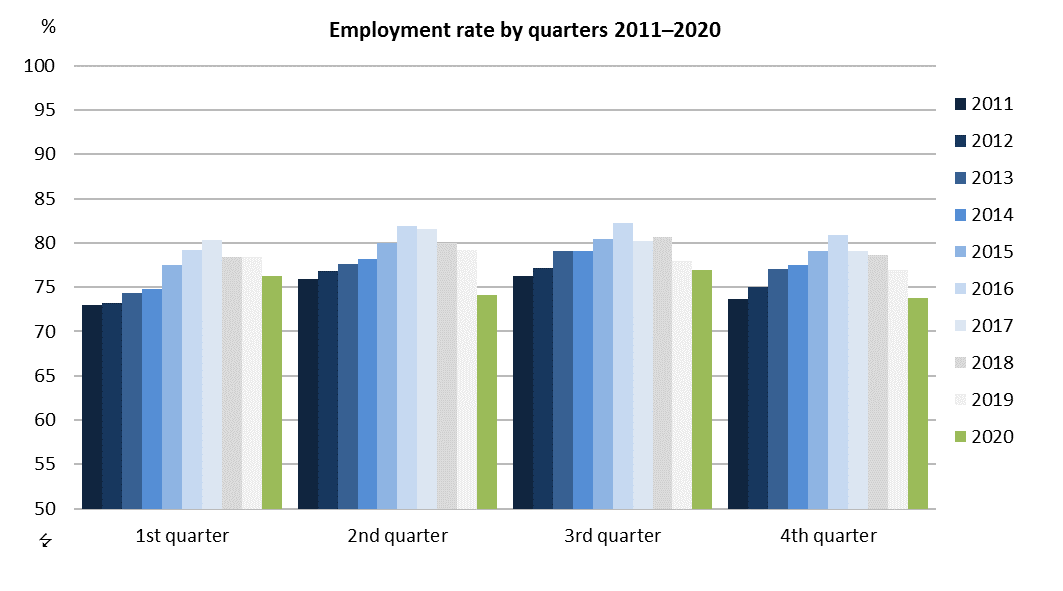 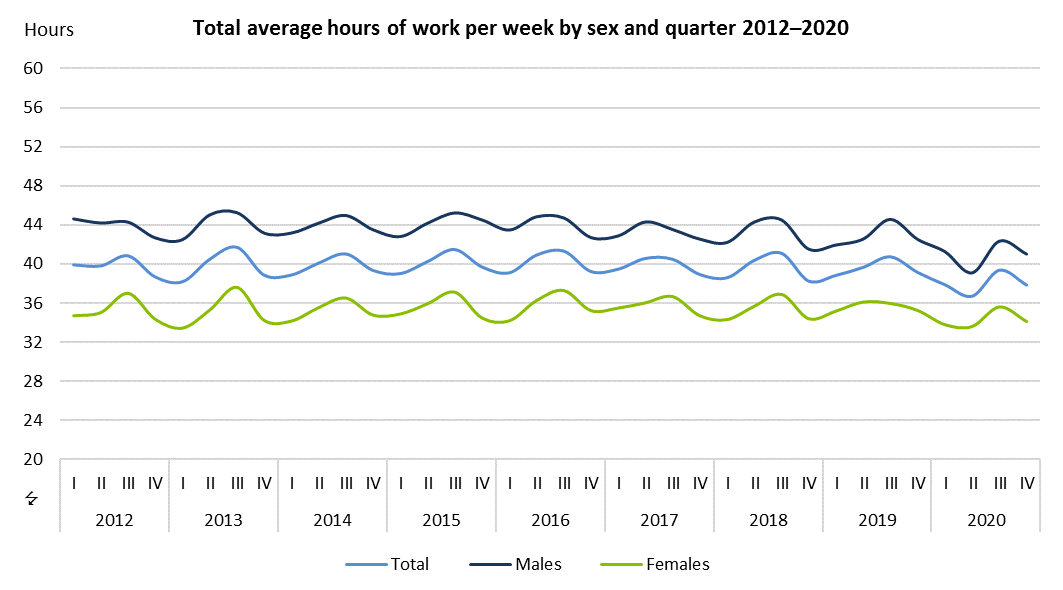 Unemployment 5.1%
The average number of persons in the labour force was 205,300 in the fourth quarter of 2020 according to the Icelandic Labour Force Survey, or 78.7% of the population aged 16 to 74 years. Of these, 12,800 persons were unemployed, or 6.2%. At the same time, about 2,800 jobs were available in the Icelandic labour market according to Statistics Iceland’s job vacancy survey, or about 1.3% of jobs according to previously published figures. In comparison, 6,800 persons were unemployed in fourth quarter of 2019, which means that unemployment has increased by 2.9 percentage points over the period. 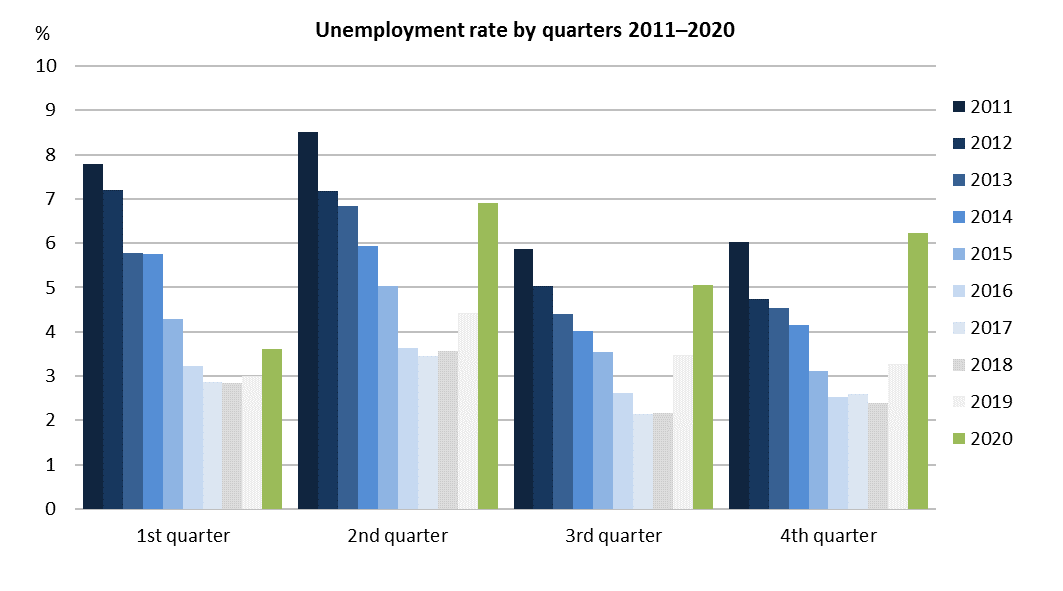 The majority (18,000) of those inactive in the fourth quarter of 2020 regarded themselves as retired, or 32.3%. Students were 16,300, or 29.2%, 9,600 were disabled or 17.2% and 4,700 individuals were ill or temporarily unable to work or 8.5%. About 2,500 of those who were inactive considered themselves unemployed or 4.5%. However, these individuals are not considered unemployed in the LFS as they do not meet the criteria in the survey's definition of unemployment. However, the main status of inactive individuals is determined by how they define themselves. About 2,300 persons worked at home or were on maternity leave, or 4.2%, and about 2,300 people, or 4.1%, defined their status in some other way. 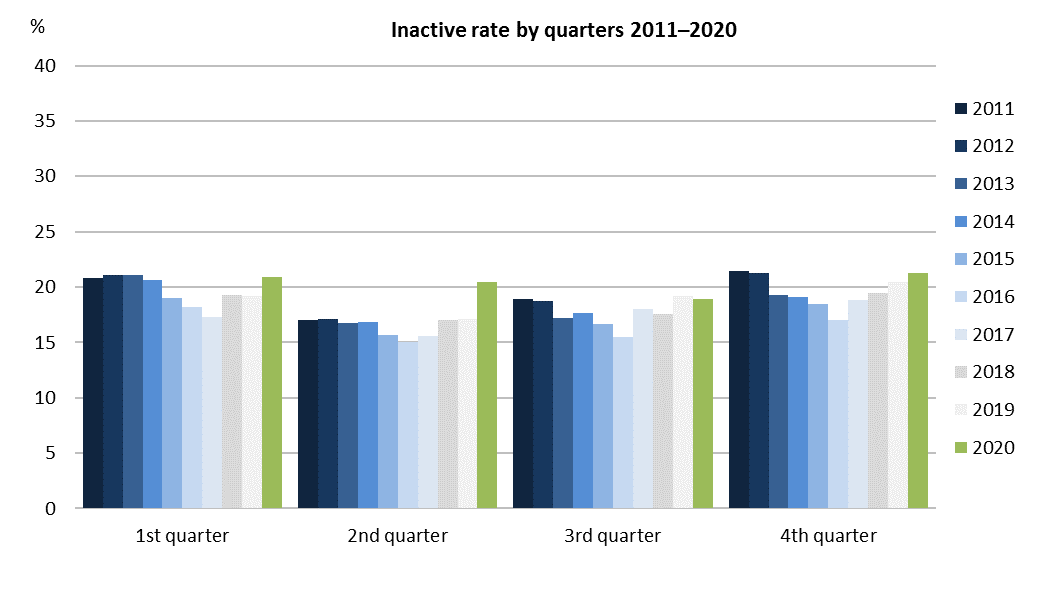 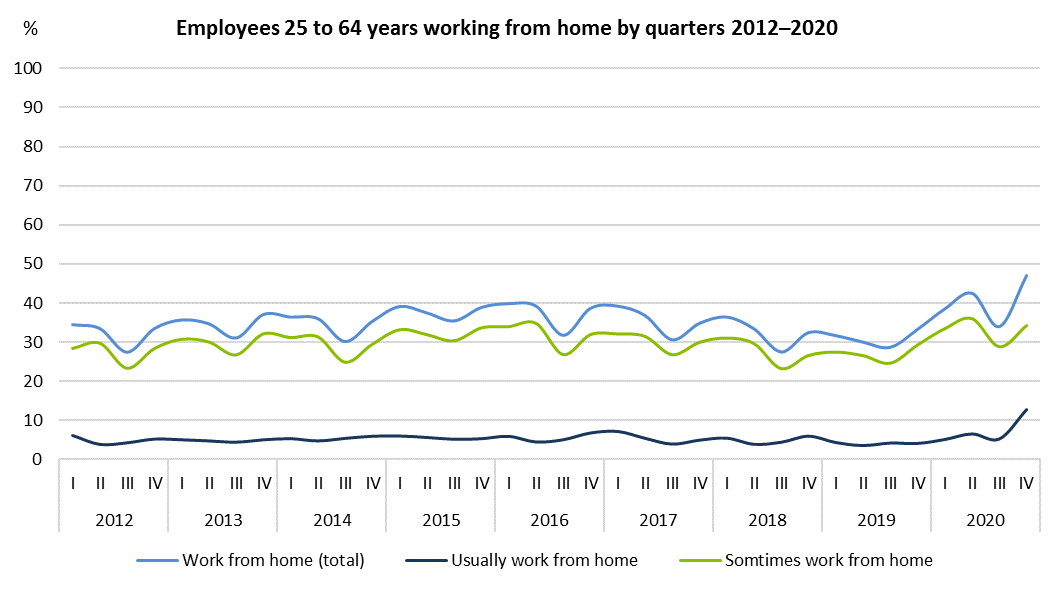 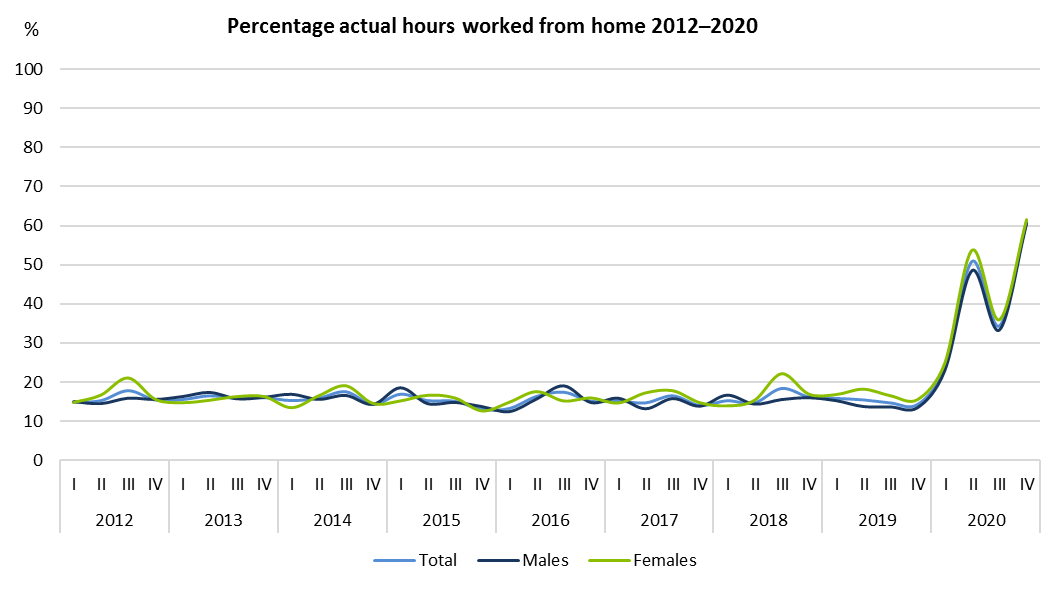 Go back
Use of this press release is free. Please quote the source.
For further information please contact kannanir@hagstofa.is, tel. +354 528 1284