Working time estimates in the Labour Force Survey
As was explained in January’s news release on the Labour Force, the measurement of average hours worked in the reference has been changed. The purpose of changing the questions is to better capture absence from work in the reference week, by explicitly asking respondents to exclude time they were absent due to personal errands and time spent on main meal breaks in their answer on working time. The first results show that the measured average hours worked in the Labour Force Survey in January 2021 was 36.4 hours (±1.2). Considerable fluctations have been seen in measurements of working time in the Labour Force survey so further conclusions of the effects of changed measurements are not timely. Still, it is likely that the changes will have an effect on the time series in a way that the measured working hours will decrease and we will see a break in the time series. On the other hand, the reader should bear in mind that during the same time period effects of a shorter work week in Iceland due to collective agreements are seen. Moreover, considerable fluctations have been seen on the working time from the beginning of 2020 due to the Covid-19 pandemic. 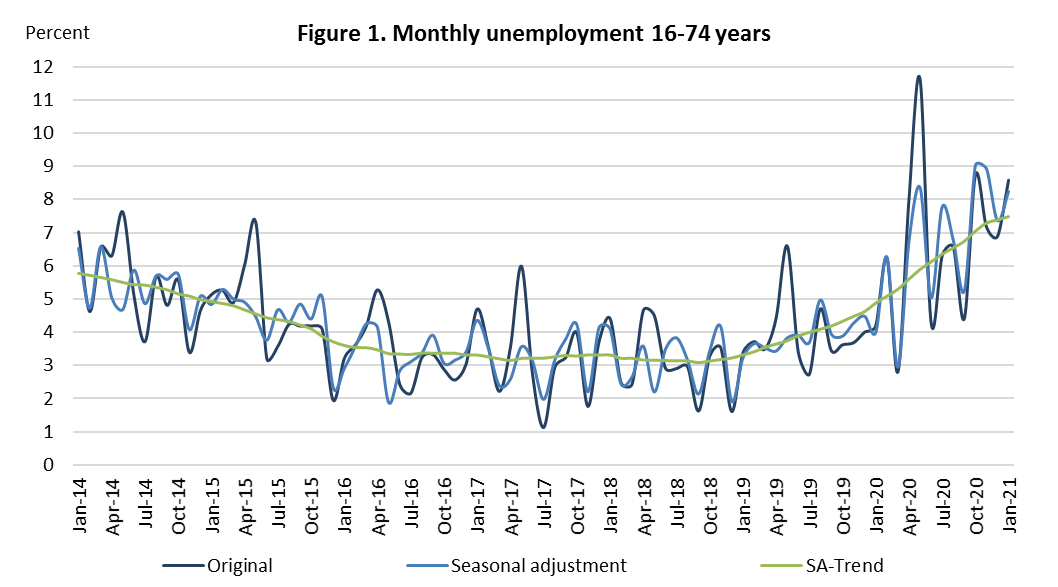 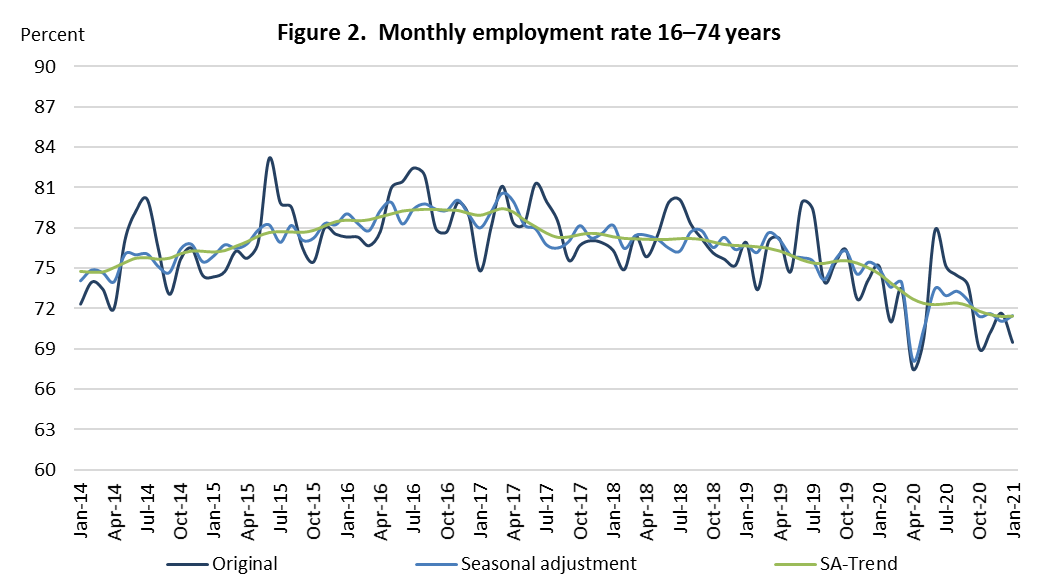 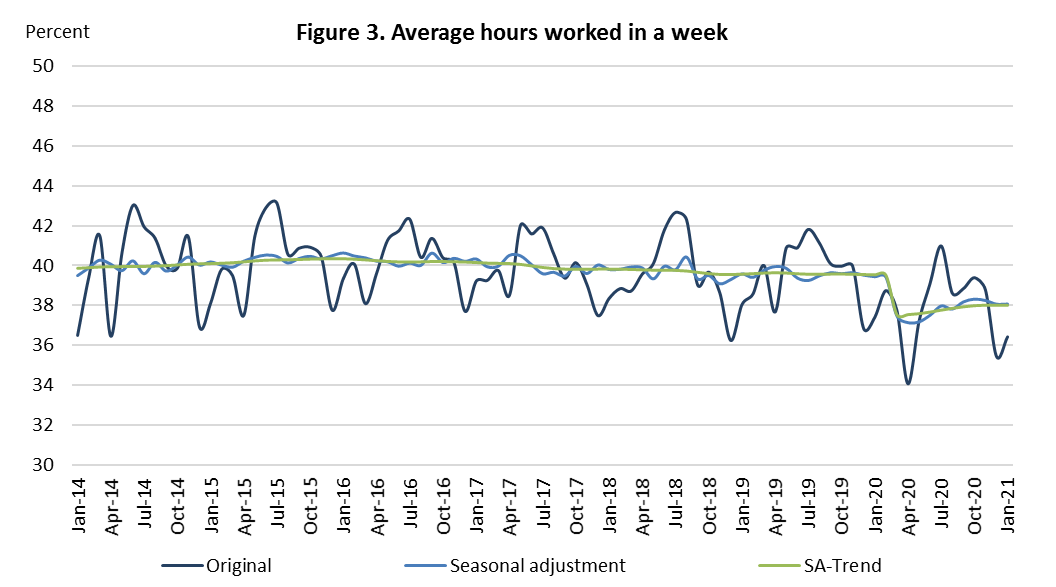 Go back
Use of this press release is free. Please quote the source.
For further information please contact kannanir@hagstofa.is, tel. +354 528 1037