Net-purchases have increased but problems are common

The majority of Icelanders, or 59%, had purchased goods and/or services through the internet over the past three months at the start of 2019 while nearly eight of ten Icelanders had done so over the past 12 months. Among other European countries internet purchases were most common in the United Kingdom and Denmark. In 2019, 87% of the UK’s population had purchased goods or services over the internet over the past 12 months and 84% of the Danish population. These are among the results from a new survey of household and individual use of internet and communication technology.

Higher percentage for all age groups
Looking at the percentage of those that had bought goods or services online by age groups it appears that over the period from 2004 – 2019 (excluding 2015 and 2016 when no data was collected in Iceland) the trend is mostly upwards. It is though possible to see the effects of the Icelandic economic crisis and its aftermath in the years 2007 – 2010 when sales over the internet decreased for most age groups. An almost steady increase has been since 2011, except for the years 2012 and 2013. 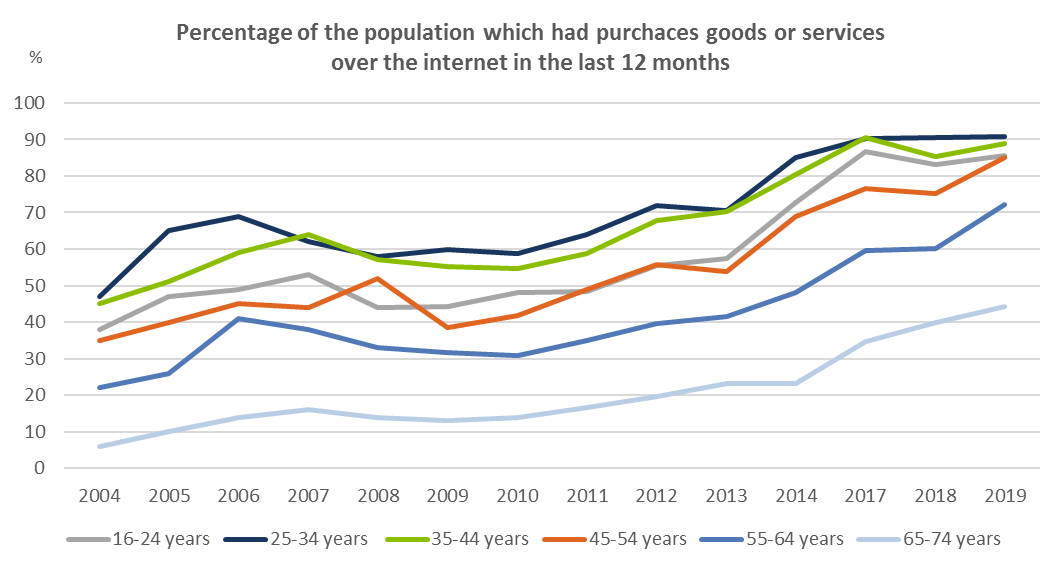 Problems are common
In 2019, 76.8% of those that had shopped online had encountered some kind of problems related to online purchases. That is a higher percentage than in 2017 when it was 66.7% and much higher than in 2009 when it was less than 10%. It is interesting to compare this to other countries in Europe.1 In 2019, Iceland was at the top of the ranking for the percentage of internet shoppers that had encountered problems while purchasing goods and/or services online. Among the problems are technical issues with the web store, purchased goods arriving later than expected, the cost being higher than expected or that wrong or defected goods arrived. 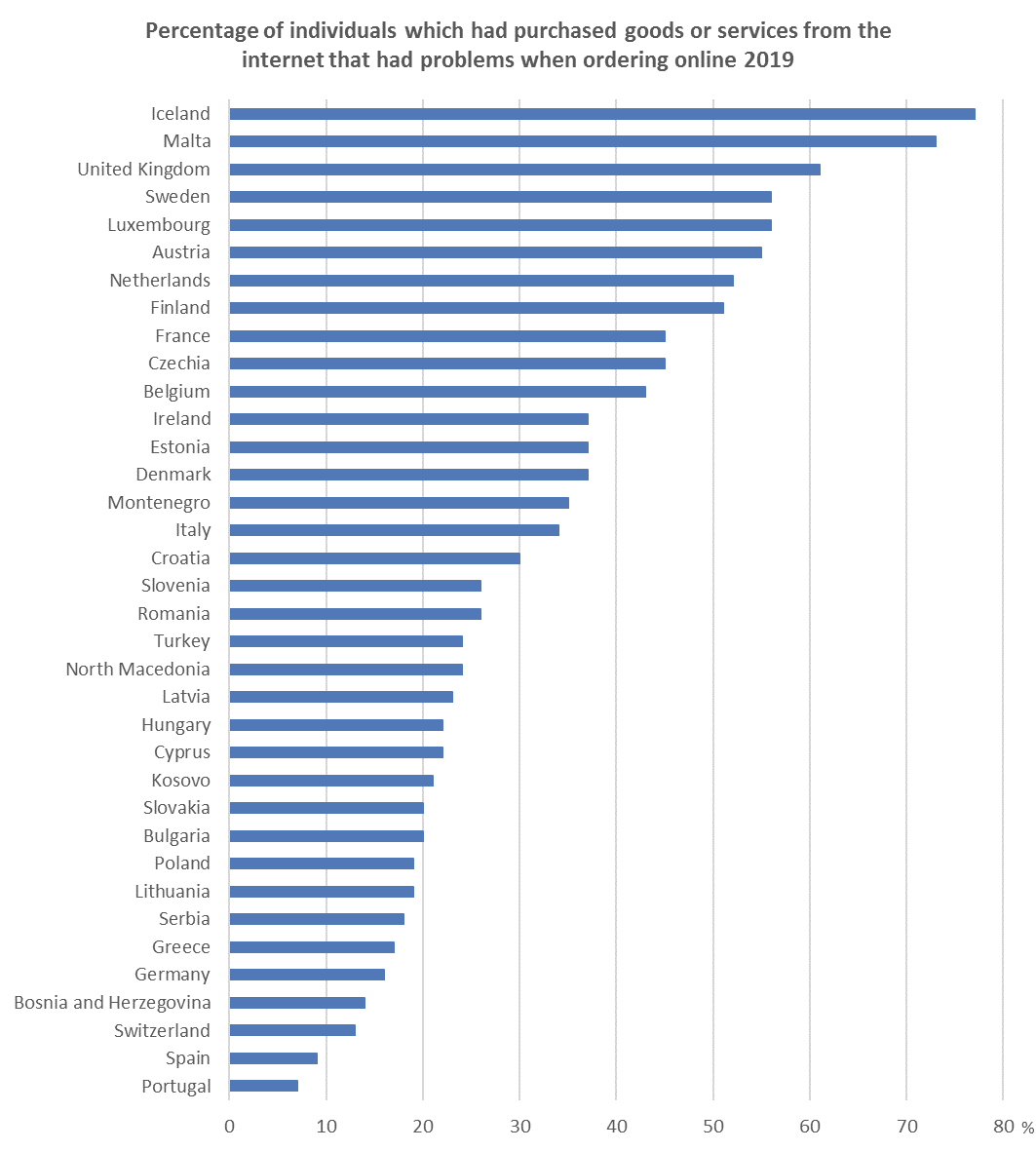 About the data
The results are based on the survey of household and individual use of internet and communication technology which is a cross-sectional survey where 2.500 households are sampled on a yearly basis. The survey is conducted over the entire European Statistical system in a harmonized manner. The response rate for the survey was 64% in 2017, 63% in 2018 and 56% in 2019. The survey was not conducted in Iceland in 2015 and 2016.

Go back
Use of this press release is free. Please quote the source.
For further information please contact Anton.Karlsson@statice.is, tel. +354 528 1281