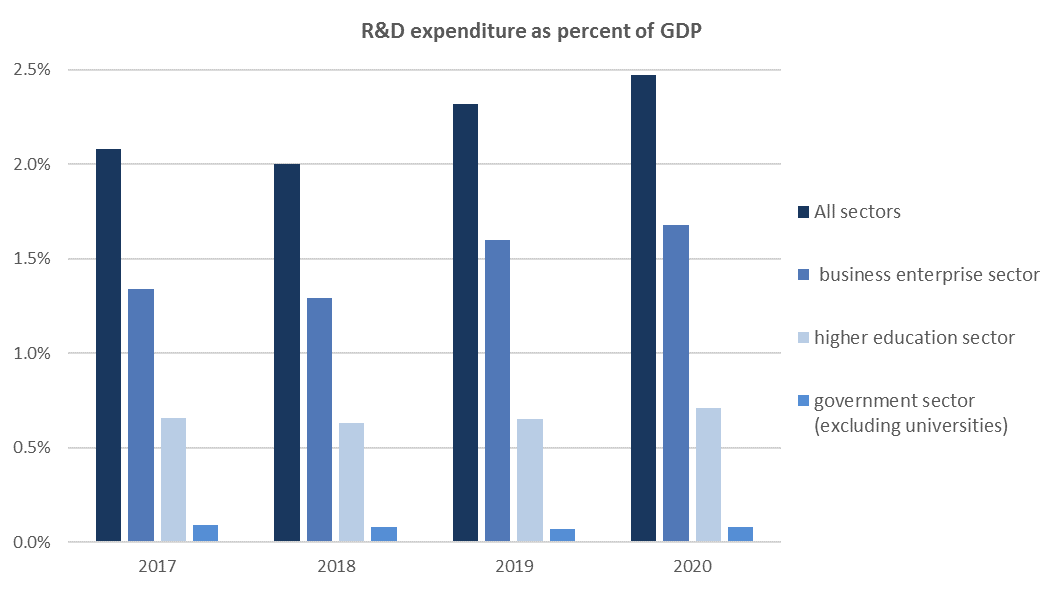 About the data
Expenditures as percentage of GDP are subject to changes in official figures on GDP and R&D expenditures on previous years may also be updated following later data collections. The figures are released annually and collected each year from the higher education and government sector. However, data are only collected every other year from the business enterprise sector.

Go back
Use of this press release is free. Please quote the source.
For further information please contact business@statice.is, tel. +354 528 1260